Cooling Down The Lng Tanks For Mv Willem Barentsz

Cooling Down The Lng Tanks For Mv Willem Barentsz

Cooling down the LNG tanks for the new ‘Willem Barentsz’ car ferry in the second week of March, 2020, was an important milestone in the construction of the Netherlands’ first two LNG-powered passenger ferries. Shipping company Doeksen has commissioned ‘Willem Barentsz’ and sister ship ‘Willem de Vlamingh’ to transport people and vehicles to and from the Wadden Sea islands of Vlieland and Terschelling. Marine Service Noord designed and built the entire LNG fuel system, and is now working on commissioning the systems on board. Marine Service Noord also helped Doeksen with the engine room piping systems. 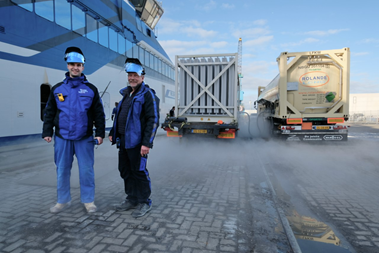 The cooling process for the LNG system took place at the outfitting location at Korte Lijnbaan in Harlingen on Monday, March 16. First, the cryogenic tank’s temperature was brought down below the dew point of -40°C, to remove any residual moisture. Then, cold gas lowered the temperature in the tank to about -90°C. Two cooling runs with approximately ten tons of liquid nitrogen further lowered the temperature, to around -150°C. This is the required temperature for LNG bunkering, which has yet to occur. The vessels are now ready for the next phase: commissioning.

“A great project with new challenges every day…”

Outfitting the two green Wadden Sea ferries was initially meant to take place at the Vietnamese shipyard that built the aluminum hulls. Marine Service Noord designed and constructed the tank connection space (TCS), with its LNG vaporizers, cryogenic pumps and gas heaters, after which Cryovat in Nijkerk handled the assembly. Cryovat put together the two LNG tanks, and the completed installation was shipped to the Vietnamese shipyard. Then the tanks and TCS were mounted in the ship under supervision of Doeksen’s construction crew. When the yard subsequently went bankrupt, Doeksen took both unfinished LNG ferries and shipped them to Harlingen for completion.

“A great project, with new challenges each day,” says our outfitting supervisor Peter Visser. “Fortunately, we managed to resolve everything satisfactorily.” His colleague Derek Bijlsma confirms this. “We encountered quite a few unforeseen problems. It was a considerable challenge to finish the ship while meeting the exacting design requirements for LNG ships. The Lloyds approval authority’s levels of communication and cooperation were impressive.” Adds Peter Visser, “We checked and pressure tested all the engine room piping that was installed by the Vietnamese yard. Where necessary, we also replaced some of the pipes.”

“Based on Doeksen’s good experiences during previous projects and our knowledge of LNG fuel systems and LNG bunker tankers, they contracted us for the design and construction of the LNG fuel system and further outfitting of the engine room,” says Derek Bijlsma.

Marine Service Noord has now completed six projects with LNG fuel systems, nine LPG tanker projects and three LNG bunker tanker projects. This includes the Doeksen ferry projects. “Due to our experience with the engineering and construction of on board piping systems, we were confident that we could handle the outfitting of these two vessels.” 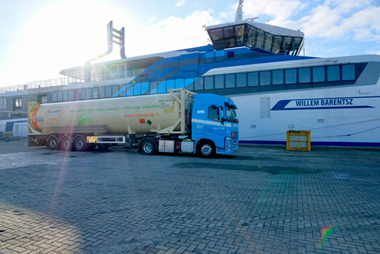 Once the commissioning phase is complete, the LNG fuel system and engine room installation will be handed over to Doeksen. Then, the new green passenger ferries will get to work transporting their first passengers to Vlieland and Terschelling.

Click here for more information about our LNG fuel systems